THE IMPORTANCE OF ORIGIN

There are three main tea growing regions in Sri Lanka. These are, Low grown teas which are teas grown on an elevation between sea level to 600m, Mid Grown teas which are from 600m to 1,200m and High grown teas which are grown at an elevation above 1,200m. The taste, flavour and aroma of teas from each elevation are influenced by the conditions particular to those regions. Low grown teas, which are subjected to long periods of sunshine, dry and somewhat warm and moist conditions, exhibit a burgundy brown liquor and a malt, heavy note with black leaf appearance. Whereas High grown teas grown on an elevation of around 3,000 feet would be dramatically different – depending on the time of year, influenced by the chill winds, dry and cool conditions these teas are likely to be extraordinarily light, with greenish, grassy tones in honey golden liquors.

The tea-growing regions of Sri Lanka are clustered mostly among the central mountains of the island and its southern foot hills. Like the great wine-growing regions of France, the tea cultivation of Sri Lanka is divided up into seven defined regions or ‘districts’, each of which is known for producing teas of a particular character. Each presents a unique combination of climate and terrain that leaves its mark on the tea it produces, regardless of price point or estate of origin. Of course, there is considerable variation between sub-districts and individual estates, between successive crops taken from the same estate in successive years and even between different hillsides on the same estate; yet despite such differences, the regional character of the tea is always evident to the experienced taster or connoisseur.

Sri Lanka is exposed to two Indian Ocean weather systems, known locally as the northeast and southwest monsoons. The first brings rain between December and March, the second between June and September. The central mountains form a windbreak and watershed, sheltering with their mass the hillsides and the plains on either side of them; thus southern and western parts of the island do not receive the winds and rains of the northeast monsoon, while northern and eastern areas are sheltered from the southwest monsoon. This results not only in a different period of rainfall on either side of the mountains, but also an annual ‘quality seasons’, when the monsoon winds, leached of their moisture, pass over the central watershed to bring cool, dry weather to the terrain on the opposite side.

Up among the hills and mountains, however, the complex topography results in an equally complex microclimatic picture, with different areas receiving varying patterns of wind and precipitation from the two weather systems throughout the year. Thus, the climate of each tea-growing district differs more or less from the others. Even within a single district, the variation between small areas can often be marked. These climatic variations are reflected in the diversity of character that is one of the principal and most prized features of Ceylon Tea. Over the years, Sri Lankan planters have learnt how to get the best out of local climatic variations in terms of their effect on the tea-bush and its product. In the process, they helped establish the character for which each region and subdivision of the tea-growing districts is known.

The use of the names of the tea-growing regions of Sri Lanka is strictly restricted and controlled. Only teas that conform to a registered, legal definition of origin and manufacture can bear the name of a given district. First, the tea must have been grown entirely within a particular ‘agro-climatic region’ (the technical term for ‘district’). This usually implies a particular altitude range as well; for example, tea from Uva district will have been grown at an altitude between 1,000 and 1,600m (3,000-5,000ft.) above sea level, while Nuwara Eliya tea will have been cultivated at a higher altitude range, averaging 2,000m (6,000ft).

Secondly, the tea has to have been ‘manufactured’ within the district. Fresh tea-leaf does not travel well; it has to be processed within a short period, and every large estate has its own factory dedicated to this operation. While the regional definition permits some latitude regarding the actual processes of manufacture, most Ceylon tea is still made according to traditional methods, which are deemed by experts to produce an end-product of the highest quality.

Since 1975, the award and usage of regional ‘appellations’ has been administered by the Sri Lanka Tea Board, the central administrative and regulatory authority for the Ceylon tea industry. The Board sets the standards and regulations with which all tea exported from Sri Lanka must comply. Among these are minimum standards of quality and purity; additionally, to qualify for a district appellation, the tea must conform to the specifications and standards pertaining to that region.

The discovery of effect of the diverse climate on tea production has resulted in manufacture of an array of fine teas which are unique to each agro climatic district in Sri Lanka and also are not found anywhere else in the world. Teas produced in these agro climatic regions are known world over as Nuwara Eliya, Dimbula, Uva and Uda Pussallawa in high grown area, Kandy in the mid country, Ruhuna and Sambaragamuwa in the low country area of Sri Lanka. 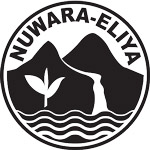 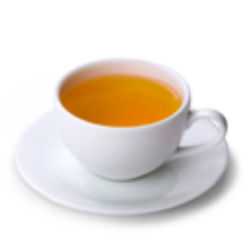 Nuwara Eliya, the best-known of Sri Lanka’s tea-growing districts, is the most mountainous, and has the highest average elevation. Combined with low temperature, this produces teas of exquisite bouquet. The infusion in the cup is the lightest (palest) of all the types of Ceylon Tea, with a golden hue and a delicately fragrant flavour. The whole-leaf Orange Pekoe (OP) and Broken Orange Pekoe (BOP) are the most sought after tea grades from the region.

Between Nuwara Eliya and Horton Plains lies the district of Dimbula, whose teas are defined as “high grown” as all estates exceed an altitude of 1,250m (4000 Feet). The complex topography of the region produces a variety of microclimates, which produce differences in flavour – sometimes jasmine mixed with cypress. All, however, share the Dimbula character: a tea that produces a fine golden-orange hue in the cup, and which is refreshingly mellow. 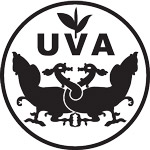 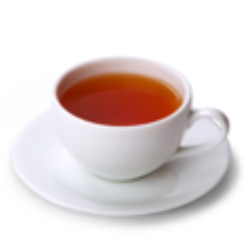 The remote Uva district is exposed to the winds of both northeast and southwest monsoons, believed to endow the tea produced here with a special, unmistakable character and exotically aromatic flavour. It was with tea grown on his Uva estates that Thomas Lipton, the Victorian magnate, persuaded Americans to drink tea. The mellow, smooth taste of Uva tea, once experienced, is easily distinguished. 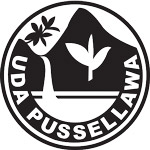 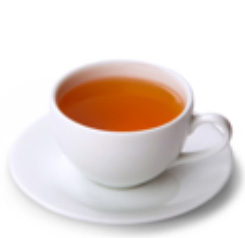 The Uda Pussellawa district is situated close to Nuwara Eliya, so its tea is often compared to that of its neighbour. But it is darker in the cup, with a pinkish hue, of greater strength, and exquisitely tangy. Colder conditions at year end supposedly add a hint of rose to the bouquet of a tea known for its medium body and subtle character. Heavy rainfall, though, tends to produce tea that is even darker and stronger-flavoured.

In the Kandy district, where the industry began in 1867, the teas produced are described as “mid-grown”as cultivation does not exceed 1,300 m. They range in flavour depending on the altitude and whether the plantation is sheltered from monsoon winds. All are particularly flavoursome. Kandy teas produce a bright infusion with a coppery tone, and are strong and intensely full-bodied.

The teas of the Ruhuna district are defined as “low-grown” as they are cultivated at an altitude not exceeding 600m comprising vast sub regions from coastal plains to Southern edge of Sinharaja Rain Forest. The soil, combined with the low elevation of the estates, causes the tea-bush to grow rapidly, producing a long, beautiful leaf. Full-flavoured black tea is a distinctively unique Ruhuna specialty. Ruhuna factories produce a wide variety of leaf styles and sizes, including prized “tips”. 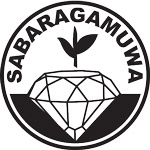 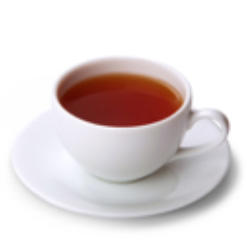 Sabaragamuwa is Sri Lanka’s biggest district, the teas of which are low-grown as its estates range in elevation from sea level to 610m. Sabaragamuwa, sandwiched between Sinharaja in the south and Adam's Peak wilderness in the north, produces a fast-growing bush with a long leaf. The liquor, too, is similar to that of Ruhuna teas, dark yellow-brown with a reddish tint. The aroma, however, is noticeably different from the Ruhuna products, with a hint of sweet caramel, not quite as strong: yet exceptionally stylish.